So it's been quite a while since my last update, our first family Christmas has been and gone, and then it's been some pretty awful weather, which has limited what I could do.

Now the better weather has arrived, I've been busy on the van again, and I finally have some progress to share.

First up was a re-work of the rear flooring.  I'd cut it a bit short, as I didn't have the  rear threshold panel when I originally did it.  I cut back the flooring to a point which after much measurement, would be under the seat frame, and thus hidden. 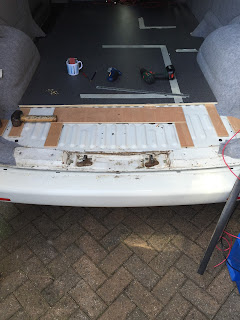 Then after much more careful measuring and cutting, the new flooring is done, and looks much better now it all sits under the threshold. 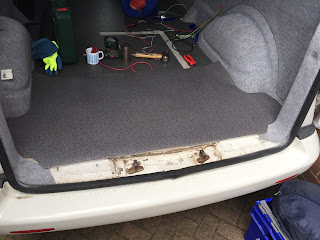 The next big job I had to tackle was the propper fitting of the 112cm RIB Altair seat.  This was quite involved, as I had to remove most of the plastic under panels from the van, to get access to the securing bolts.  This pretty much took all day, and involved a lot of measuring and head scratching.  There was even a strop thrown in for good measure.  Thankfully I've a very understanding fiance, who was able to help, and actually came up with a solution!  (You've no idea how much it pains me to write this) 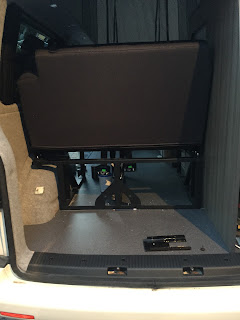 The main wardrobe/cupboard unit is now in place, but not secured down, while I route final cables, and set mounting points up.  One job I'd yet to do, but had not been looking forward to, was installing the power controls. Eberspacher controller, and the mains switches.  I really wanted these to be dead square, and  well placed, so lots of measuring, and checking, and a few cardboard templates were used.

I'm pretty happy with the result, and I still have space to add an LED spot light, which is something I've been considering. 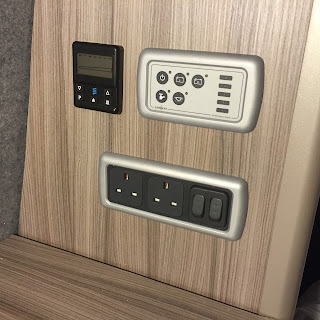 Plenty more to come in the next few weeks.  Thankfully the addition of my little helper has been invaluable. 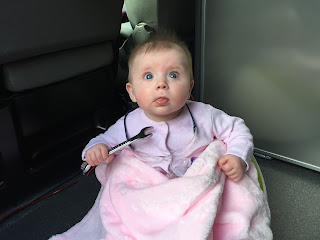