I guess the first place I should start with this blog is an introduction.

I've had a High-top T25 camper for over 7 years, which has been a great project, and we've had many great adventures in it.  However with the limited speed of the old van, I've found it frustrating wanting to go further a field, also being a high-top was restrictive as a daily driver.

The van where it first started: 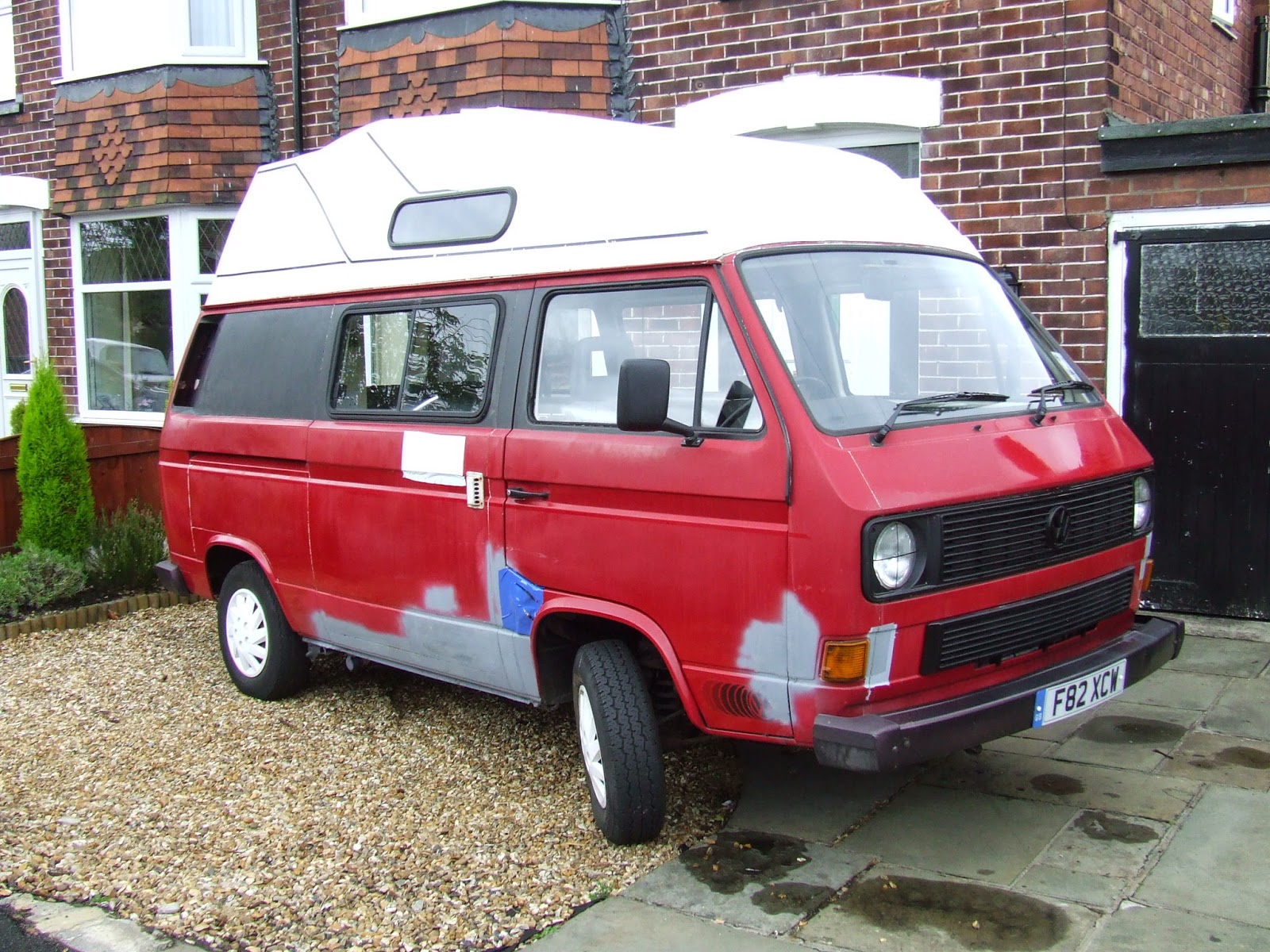 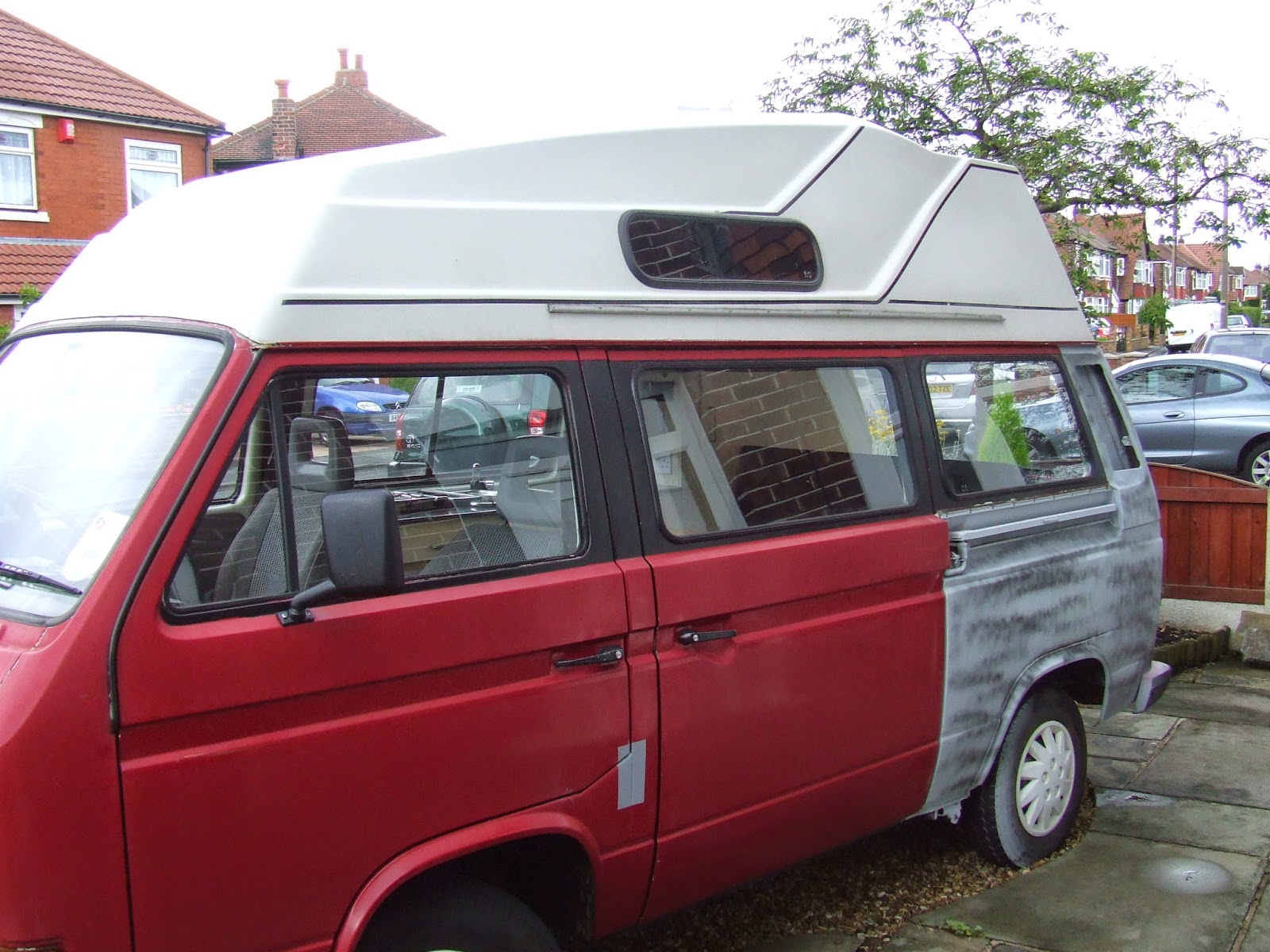 After a few years and a lot of money: 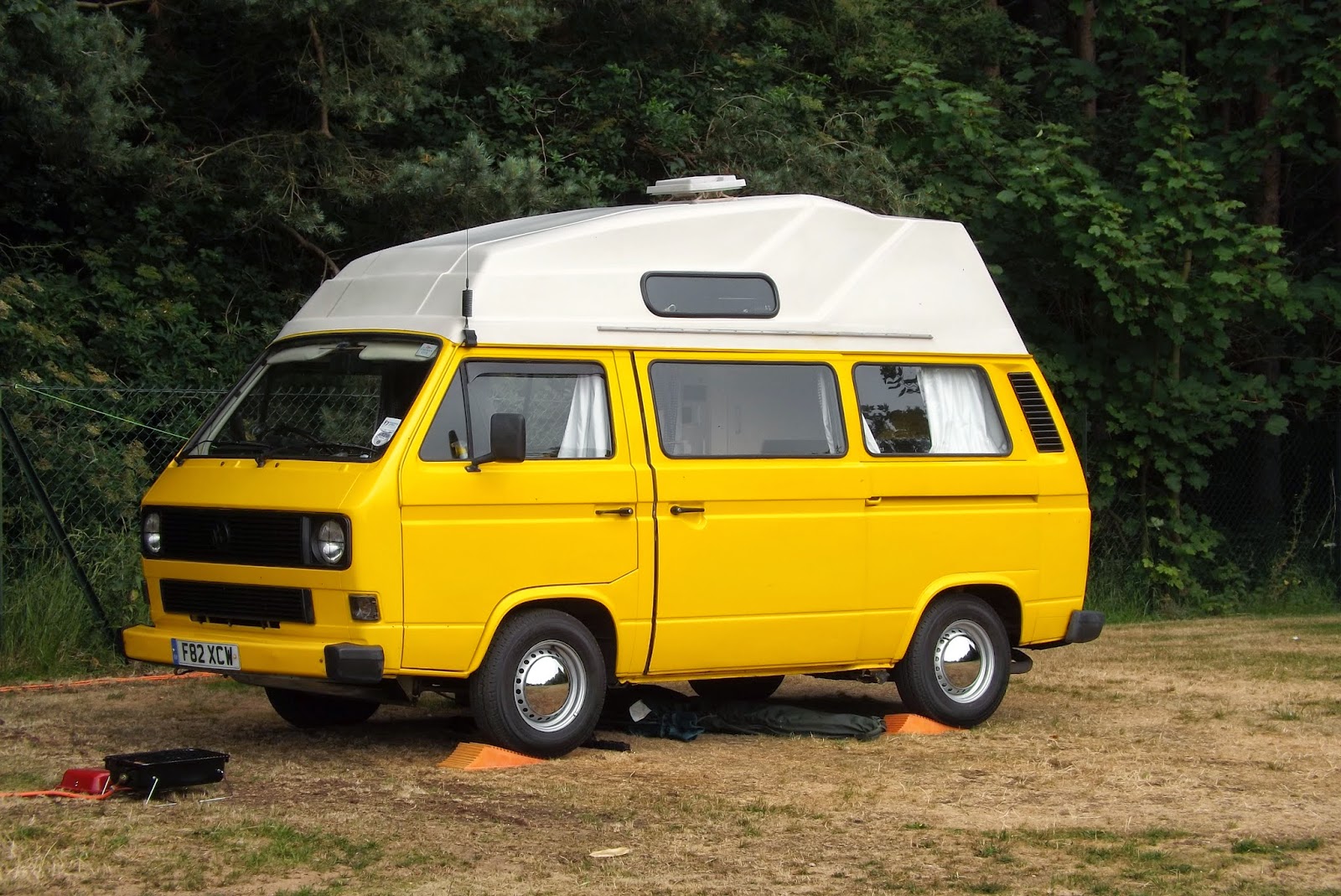 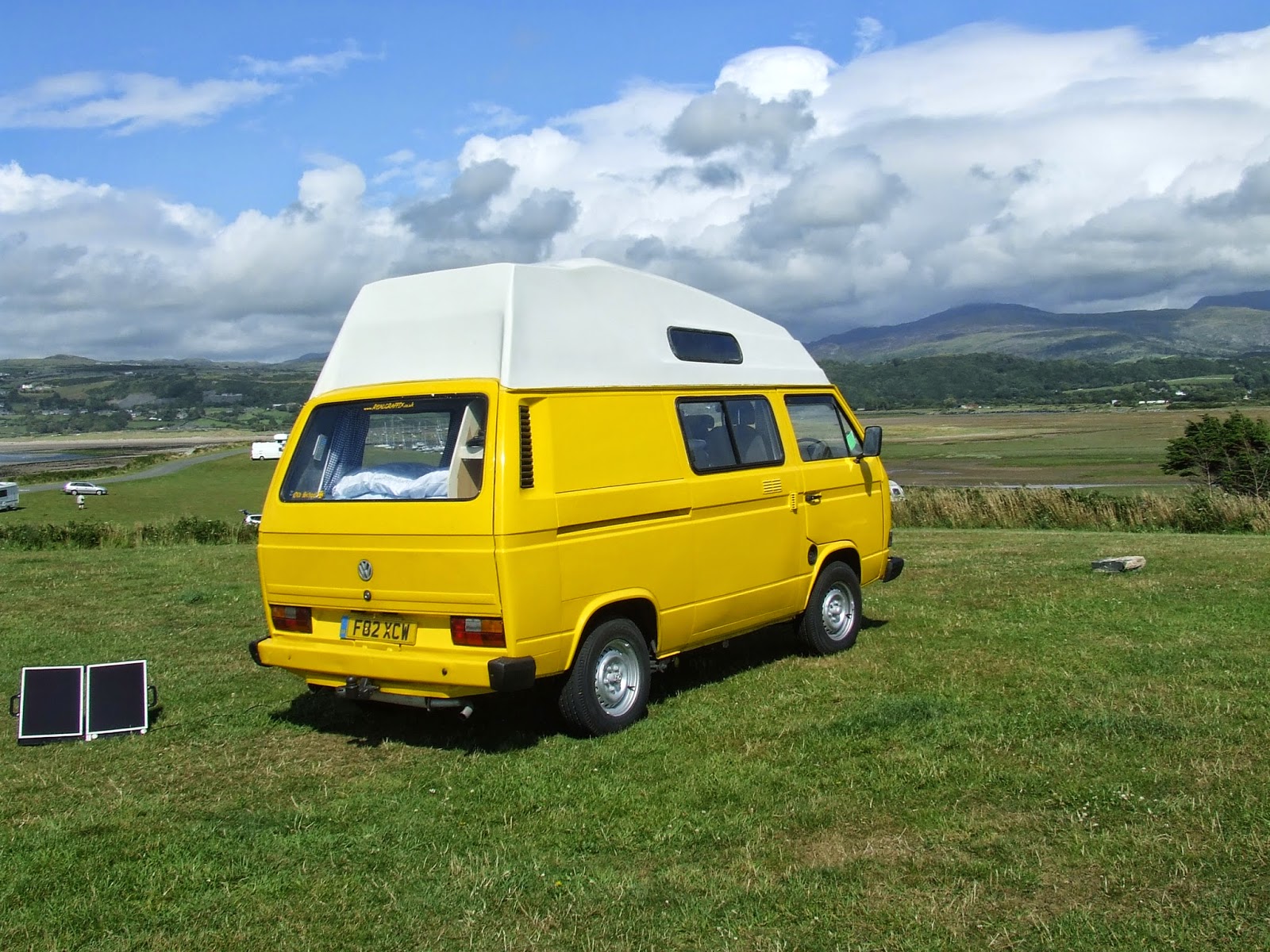 So several moths ago while at Busfest I was wandering around having a look a the traders and I spotted a fantastically converted T5 SWB, I guess this was the starting point for it all.  Later that evening sat in the van talking with Sam (my better half) about the potential benefits of having a newer, and possibly larger van.

Infact below is the van that first sparked my interest. 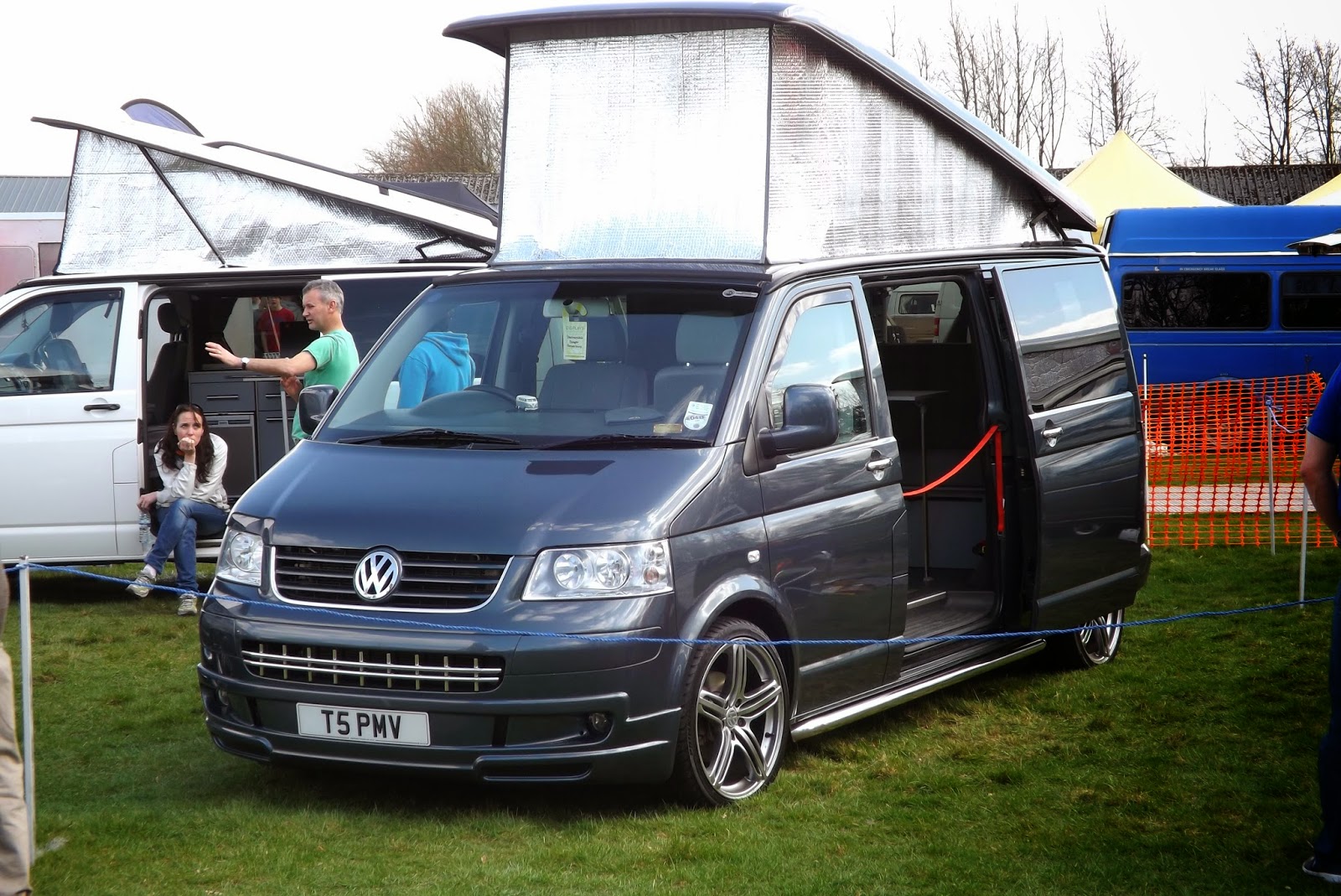 Over the following months the desire for a T5 grew and grew, and I'd picked up several T5 magazines along the way.  I'd mentally decided what I wanted on the new van, it definitely had to be a long wheel base van, preferably with a tailgate and electric windows.  Air-con was a nice to have if possible, but not a deal breaker, as I'd managed for years without it in the T25.

One weekday evening I was browsing around eBay, and spotted a LWB T5 in metallic blue with a tailgate and air-con, but it was in Bristol, some 3 hours from Manchester.  This didn't put me off, and I called the garage and arranged to test drive the van a few days later. The seller at the garage said the van was great condition, but a small small marks on the wing mirrors and one arch, but it does drive flawlessly.

So one very early morning, and several coffee stops and I was at the garage in Bristol ready to test drive the van, and all being well, drive home.  However excited I was soon disappeared when test driving the van it couldn't get over 25 mph, and stunk of diesel fumes when sat idling.  Needless to say I walked away, and with a very long face, set off home.

All in all a wasted day, and dampened spirits, and a very sulky Chris.

So the search continues..